This Japanese class has 3 characteristics.

First, the fee is very reasonable.

Second, the lessons are for people who speak some English.

And third, the purpose is to learn about Japanese culture. 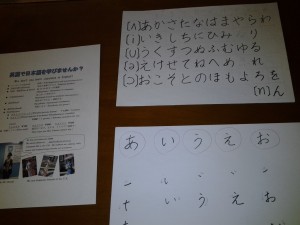 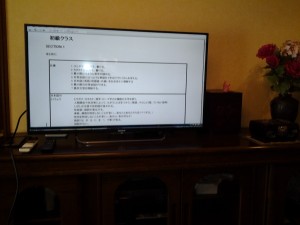 Many people ask me why I’m offering Japanese classes.

It was at the end of 2011 that I decided to start ‘Anna’s Japanese Class’ in the U.K., at my apartment in the historic city of Sheffield.

I had already completed an MA course in Politics in 2011, but getting a job in the U.K. was more difficult than I had expected, even though I had a Post Study Working visa.

At first I wanted to work in a Sushi bar, but I failed to get a job. I think Sushi bar owners prefer hiring younger girls rather than older women like me, who are far from being called a young girl, especially when they want to replace their waitresses. (I really wanted to work wearing a kimono, too.)

So I rethought my situation. As I had a license for teaching students in Japan, I went to a preschool to apply for a position as a kindergarten teacher, but there were no vacancies at that time. No way!

Next, I applied for a job as a caregiver. I thought I could help children and old or disabled people because I had been engaged in dealing with such kind of welfare before in Japan. However, I was required to drive those people to school or some facilities and pick them up. I didn’t have the confidence to drive in Sheffield, even though I had an international driving license and in spite of the fact that in the U. K., traffic has a keep-left policy which makes driving easier for Japanese. So I had to give that idea up.

Then, I wanted to be enrolled in some type of translation agency as temporary part-time translator. Certainly the enrollment was easy, but getting a job was another story.

I also found that lots of British youngsters had difficulty in expecting a promising future and were struggling just for existence, under a lingering recession. That was the turning point. 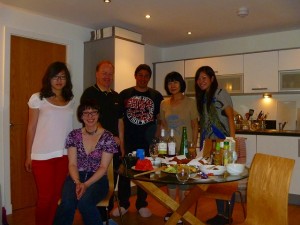 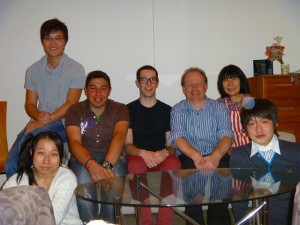 Home party of  my Japanese class

All students were good students for me.

One of them was an intermediate-level boy. He majored in Japanese at Sheffield University. So his Japanese compositions were pretty good. The others were beginners, but they could at least read hiragana and they enjoyed the classes.

The best point was that all students really loved Japanese culture. I was very happy.

My students and I had a party at my apartment twice, with one or two Japanese guests.

We played some party games together.

One was an interview game. The main rule was that no mother tongue could be used when you were an interviewee. So it meant that Chinese students couldn’t answer in Chinese, only English or Japanese. British peoples had to answer only in Japanese. The Japanese, of course, only in English.

The other was ‘Bozu Mekuri’ a game of Japanese traditional cards called ‘Bonze Turnup’. It is originally for small children, but is also a very easy and enjoyable game for everyone. I named it ‘Prince-princess-priest’ for non-Japanese.

Needless to say, the final winners were given a bag of chocolates as a prize. 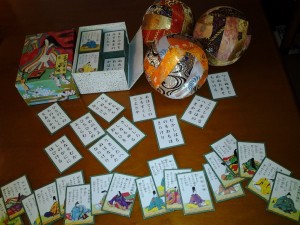 I liked helping the non-Japanese girls put on kimono.

My student (a British girl)

My student (a Chinese girl)

One of my students came to Japan in April in 2013. He is a British guy. We visited Asakusa, the Sky Tree, Edo Castle, Tsukiji and Ginza one day. Another day, we went to Kamakura to look around its many famous and historic temples. 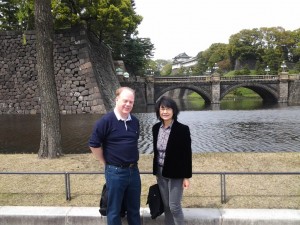 Also, he and I joined a small group to visit ancient burial mounds with my friends in Saitama. 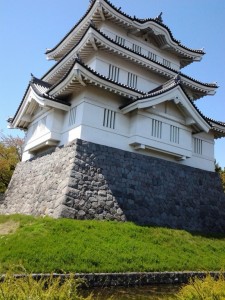 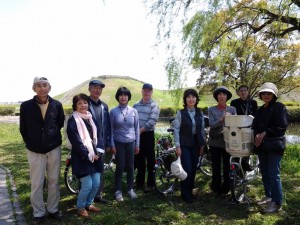 It’s been over 2 years since I left Sheffield, but, to my surprise, even now I sometimes get email from unfamiliar non-Japanese now and then, asking me if it’s possible to attend my Japanese Class. They had found an article about me in a web journal.

When I stayed in Sheffield, a Malaysian girl who majored in journalism contacted me and interviewed my Japanese class. She published an article of the interview with my picture and my voice in an internet journal. That’s why some my potential students got in touch with me. 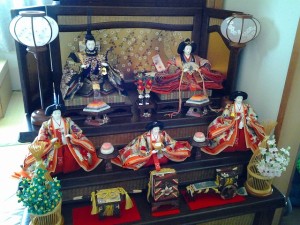 Hina Dolls (for the Girls Day ) 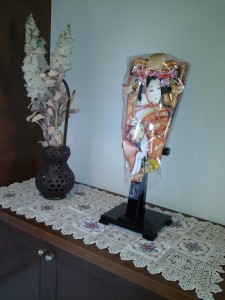 Gogatu Doll (for the Boys Day) 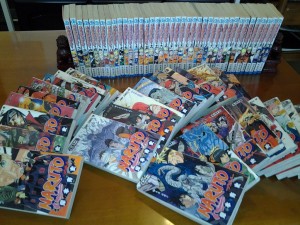 I like these kinds of opportunities to encounter new non-Japanese people and have international exchange with them. So my Japanese class is reasonable and friendly (not like a business).